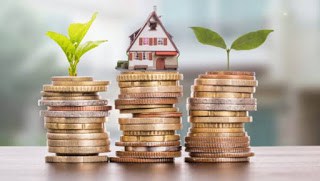 Companies, employers, managers have proven that they never make the first step to increase one’s salary or income. Reduce them first. In this sense, if workers, employees and managers who are not at the very top, are willing to increase their salaries, the path is not to negotiate this with his superiors, but to find another better paid job or income.

Why does not the obvious and sensible to support experienced, valuable, proven employees? After all, they have invested so much time, effort, money …

The most cynical answer is because we prefer to s ** m young and inexperienced employees to half or a third of the money you have to pay someone more experienced.

The natural response is to much work, so much money. And here enters the spiral of productive and unproductive employees. Usually unproductive manage productive, whose earnings, sales, etc. Income come at all …

Another answer is because while the baby did not cry, he did not give to eat. The worker even “cry” in a very poor negotiating position. Any personal dramas and stories can not scare anyone. The manager will try to decide whether to bow to pressure and understand that there is no threat begins with budget continues with the market going through crisis and ends with “we’ll see”.

A third answer is because it can. Many employees often bend the strap as donkeys until fall or until someone open their eyes (that internet and Facebook are a big deal). Then the relationship breaks naturally. In the first case manager replaces “fallen” with three other because he just does the job of three (the bone-Saving only!). The second man began to seek and within a year found her, and during this time clenching his teeth.

This brings us to an interesting conversation when leaving the employee who is homework. When experienced managers that conversation a lot like recruiting a spy. The methods are three. The first is to play a string of belonging to the company and the personal story of the outgoing (ideology). If it does not work, it passes to the making of the threat, if available, or if it knowingly created and stored in the past (blackmail). Part of blackmail is to sow doubts in the outgoing head if you so “happy” at the new location. If that does not work, proceed to the money – let’s find out how’ve agreed to the new location.

When managers understand that it is at a disadvantage, depending on the situation or agrees (joy) or offers deeply hidden reserves (money, positions, real opportunities). Only in this way outgoing understand how far been able to stretch the possibilities of who has struggled or been waiting years.

Why these opportunities are not available Ovre periodically, regularly, at least to retain quality employees? The answer is because they work two laws – and the capitalist market (not the same).

The market assumes that labor cost is influenced by supply and demand. In this sense, the last five years prove that reducing the number and quality of people in Bulgaria + real possibility of movement of persons in the EU increase the cost of labor here.

One of the laws of capitalist operating system (not system or ideology) states that if one thing can work with the support of three, then two and finally one person, then it is sought cost efficiency. If an entrepreneur can not pay some things he did not pay them. Why pay them? Is he opened the kitchen for the poor?

Thus the circle is closed. Anyone who wants to increase their income can not count on their loyalty and promises of the employer and the instantaneous opportunities in business, their level of education and acquired skills and your own activity and self-esteem.

Of course, companies are full of assholes and people practicing oral sex, who managed to improve their positions, to rise and raise their income. They have other values.

Assess your and go!